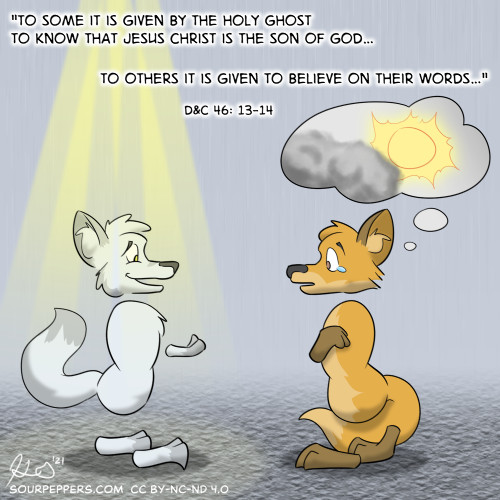 There are many people of faith who claim to know that God lives, that Jesus is the Christ, and that various other beliefs are true. Among Latter-day Saints in particular, it is very common to speak in terms of relative certainty when sharing one's testimony (e.g. "I know the Church is true, etc."). What do we mean when we say we know these things? If we have never seen a pillar of light or a burning bush, is it dishonest to claim to "know"? What about those of us who "believe" they are true, but don't feel certain enough to say that we know them? Does that make our testimony weak and unreliable?

First of all, we should not judge one another based on differences in how we express something so personal as our testimonies and religious beliefs. Whether one chooses to say that they "know" or "believe", the important thing is that their testimony is sincere. That is the kind of testimony that angels rejoice over, regardless of the terminology used.

Finally, God explains that He has given spiritual gifts to all of His children, and He doesn't always give the same gift to everyone. Among those gifts mentioned in D&C 46, we clearly see that the gift of "knowing" that Jesus Christ is the Son of God, and the gift of "believing" the words of those who know are two distinct gifts. Those of us who have been given the gift of believing may desire to one day have true knowledge, and that is not a bad desire to have. But for some, that desire may not be fulfilled until after this life, when we at last enter the presence of God and see Him face to face. Should that be God's will for us, we can express gratitude for the portion of light and knowledge that He has given us. We can nurture that precious belief, and seek to increase and refine our understanding through study and prayer. We can continue to act in faith, even when we don't have absolute certainty. And we can remember, that to simply "believe" is not a curse. It is a gift. 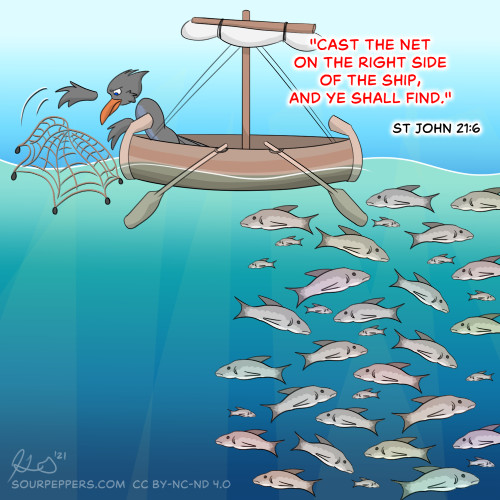