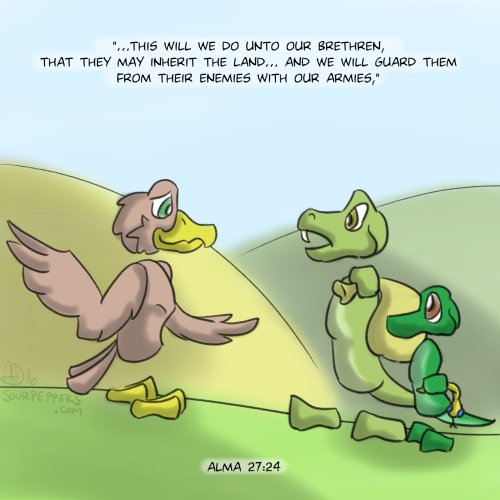 I can't remember if I thought of the following comparison on my own or if I heard it from somebody else first. In the Book of Mormon, the Lamanites were enemies of the Nephites. The two groups come into conflict many times throughout the book. A group of Lamanites however, were converted to believe in Christ and repented of the many murders they had committed, vowing to never use their weapons to shed blood again. Other Lamanites became angry with them and marched to kill them, and these converted Lamanites (now called Ammonites) sought refuge among the Nephites. The Nephites could have reacted with suspicion, scorn, hatred, and fear. But instead, they gave a portion of their lands to the Ammonites and protected them.
I think the comparison to modern days is obvious. We ought to be charitable to those in need, including those seeking refuge from violence they had no part in creating. Let us look past our fears and political ideologies, and remember to see the real people--men, women, and children--that are affected, and let us extend a hand of fellowship.