Thorn in the Flesh 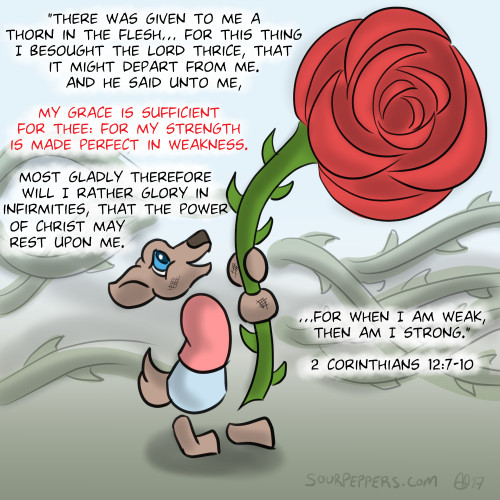 I don't think we're told exactly what Paul's "thorn in the flesh" was. He describes it as being a "messenger of Satan" to torment him. And so he asked the Lord to remove it from him; to cure him of his infirmity. Whatever it was, while it may have come from Satan, the Lord allowed it to stay, the reason being that His Grace may come upon Paul. Perhaps this was to more fully teach Paul to depend on the Lord for strength, and to fortify his faith that the Lord would do so when called upon in faith. Paul concludes by saying, in effect, that he would rather suffer and have the Lord's help, than not suffer and be left on his own.
We all suffer various infirmities. While God may not directly cause them, it's clear He often does allow them. I think this passage helps us understand a bit better why that could be. In our infirmities we learn to depend on the Lord. And perhaps there are other things we can learn too: patience through challenges, empathy for those going through similar trials, and we may learn more about ourselves too, and our own strengths and weaknesses.
at 9:36 AM