More powerful than the sword 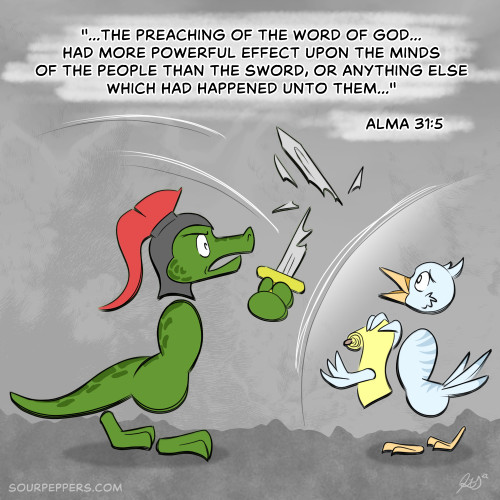 For much of the Book of Mormon, the Nephites were a people who were followers of God and believed in the coming of Christ. The Zoramites however had separated themselves from the Nephites and formed their own city and their own religion that denied Christ. To further complicate things, the Nephites worried that the Zoramites might join forces with their enemies, the Lamanites. There may have been those who wanted to use military might to ensure such an alliance never happened. However, Alma decided to "try the virtue of the word of God."

Behavioral therapy, discipline, goal setting, etc. all have their place. But the most important thing is to apply the word of God.